DENTON (UNT), Texas -- The public can compete for prizes in the latest version of an online gaming competition that's helping University of North Texas researchers improve the efficiency of the next generation of electronic gadgets, such as smartphones and medical devices. The competition for UNTANGLED II: Unbound runs Aug. 21 (Thursday) to Sept. 10 (Wednesday), and 20 gift cards will be awarded to the overall best players. The game can be accessed at the Untangled website.

DENTON (UNT), Texas -- Middle school and high school students can receive up to $50 for participating in one of two yearlong research studies at the University of North Texas' Teen ST.A.R. Laboratory, located in the Department of Psychology.

Researchers in Teen ST.A.R, or Teen Stress and Alcohol Research, examine the factors that may lead to adolescents starting risky behaviors, such as alcohol and substance abuse. Anxiety, poor self-image and how teens interpret their own physical...

DENTON, Texas (UNT) – A Carrollton company is turning to researchers at the University of North Texas to examine its newest wind turbine, which it hopes can solve a difficult problem -- harvesting power when wind speeds are low.

If UNT researchers validate BE-Wind's design, it could overcome a barrier preventing wind turbines from being widely accepted by individual homeowners and within urban areas with dense populations.

Created by BE-Wind, the Evolution...

DENTON (UNT), Texas -- If your sixth grader is physically fit when he or she enters middle school, will he or she be less likely to become depressed before entering high school?

A University of North Texas study suggests that the answer is yes.

A team of researchers led by Camilo Ruggero, assistant professor in the UNT Department of Psychology, measured the levels of depression and cardiorespiratory fitness in 437 students from six middle schools in the Denton...

DENTON (UNT), Texas -- University of North Texas Associate Professor of Chemistry Guido Verbeck has created a device for the U.S. Department of Justice that will allow investigators to analyze inks, paints, papers and other materials criminals use to create counterfeit documents.

The device is a re-creation of the original nanomanipulator Verbeck invented in 2006, which allows users to extract and analyze chemicals at the nanoscale, even within the ridges of a fingerprint.

DENTON (UNT), Texas — University of North Texas senior Clifford Morrison, of Hughes Springs, has received a $5,000 Phi Kappa Phi Fellowship for his first year of graduate school. Morrison is one of eight students from Texas colleges and universities to win a fellowship this year.

Founded in 1897, Phi Kappa Phi is the nation's oldest, largest, and most selective collegiate honor society for all academic disciplines. To be eligible for...

DENTON (UNT), Texas -- Researchers at the University of North Texas have created a new carbon fiber from plants that can replace common petroleum and coal-based products in wide range of goods including parts for cars, aircraft, electronics and sports equipment. The patent-pending carbon fiber also is stronger and lighter than similar products on the market.

The new carbon fiber is made from C-lignin, a linear polymer that was discovered by UNT...

DENTON (UNT), Texas -- Two professors from UNT's College of Arts and Sciences have been included in the Thomson Reuters 2014 list of highly cited researchers.

The list represents the world's leading scientific minds, recognizing researchers who have published influential articles ranking among the top 1 percent of the most cited works in their fields.

"We are extremely proud to have this level of attention focused on research underway in UNT's Department of Biological Sciences," said Sam...

DENTON, Texas (UNT) – Days after returning from a White House presentation of their use of drones to create Internet hotspots and restore communication after a disaster, two University of North Texas faculty members are headed to the US Ignite Application Summit for a live demonstration of the project June 24 – 27 in Silicon Valley, California. 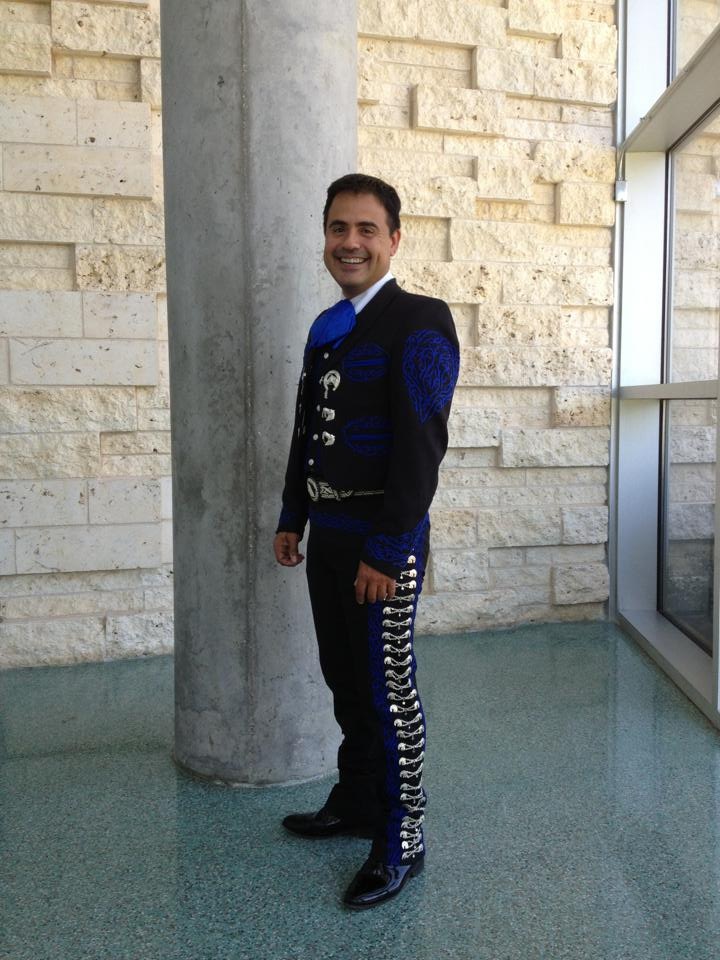 DENTON, Texas (UNT) – A music education doctoral student studying at the University of North Texas College of Music is the 2014-15 recipient of the Perry R. Bass Fellowship in Music Education.

José Torres, who is specializing in ethnomusicology, was chosen for his research into the ways music diversity can improve society and help students grow personally.

"I was pleasantly surprised by the award because the kind of work I do is not necessarily mainstream; it's nontraditional," said Torres, a professional mariachi trumpet...